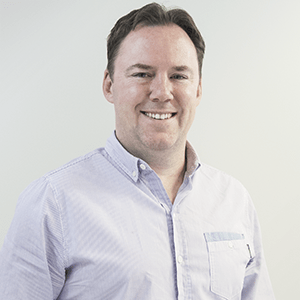 How to Avoid the Adwords Apocalypse

Today is the day that Google is going to start pushing all campaigns to the new “enhanced” format. Variously referred to by some nay sayers as Adwords D-day or Adwords Apocalypse, this change is undoubtedly one of the largest made to the Adwords platform since it was first introduced.

What does this change mean for marketers? Anyone paying attention has already migrated their campaigns as Google first announced enhanced campaigns back in February and has been reminding us repeatedly to voluntarily migrate our accounts ever since. But for anyone who neglected to do so, today is the day when Google is going to start pushing any remaining campaign into enhanced format for you.

What are enhanced campaigns?

Many believe that enhanced campaigns will drive up the average CPC, mostly by driving up mobile CPC’s. Savvy marketers have long considered the separate management of computer, tablet and smart phone targeted campaigns a best practice. With enhanced campaigns, all three will now be managed together, making separate bidding levels and budget management more difficult.

Google has indicated that managing the three together will make your overall campaign management easier, and it will. But it will also make it difficult to maintain the same level of control. And for those not paying attention, these changes will push much of your budget into mobile ads at a much higher cost than you’d anticipate (automatically migrated campaigns will bid only 20% less for mobile clicks than computer clicks, even though mobile clicks have traditionally cost less than 50% as much).

What should you do?

If you haven’t already, migrate your own campaign before Google does it for you. That way you can set your own bid modifiers (discount levels) for mobile and tablets. If Google has already migrated your campaign, then go in and adjust your bid modifiers yourself (don’t accept the defaults).

Also, make sure that you know the value of visitors from different platforms. Do people on mobile phones convert at the same rate as those on computers and tablets? Your relative cost per conversions will inform what your bid modifiers should be.

Lastly, keep a close eye on bid costs to ensure that you don’t get caught up in bid inflation caused by advertisers who are not paying attention. In the short term, this change may cause inflation in some/many areas, but in the long run we expect that advertisers will adjust their bids and any wild swings in CPC’s should even out.

Best of luck in your transformation to enhanced campaigns. As long as you’re on top of this change, you won’t fall victim to the Adwords Apocalypse that some have predicted. If in doubt, it’s always a good idea to get a certified Google partner to set-up and manage your Adwords campaign.