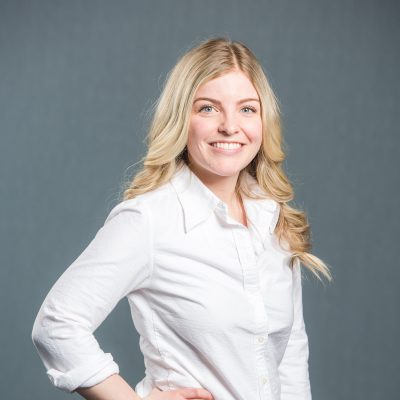 In keeping with our new series on anniversary celebrations, we have a new one for you! Our very own Carsen Kendel is celebrating his 6th anniversary with Vovia in 2020. Carsen started with Vovia in September 2014. This makes him one of the longest-running Vovians!

I sat down with Carsen recently (virtually unfortunately) to reminisce about the early days and some highlights of his time with us so far.

In 2014, Carsen was fresh out of university following a degree at Mount Royal and was looking to land his first marketing role outside of an internship. Interestingly, Carsen actually started at Vovia as an office manager. Over time this evolved into a dual role between office management and some client work on social media and email marketing.

His time in the office evolved in those early days from two days a week to eventually full time. After chatting with our president Susan Murphy about his goals in early 2015, Carsen transitioned into client service. He hasn’t looked back since.

Given the amount of time Carsen has been with Vovia, it’s safe to say plenty has changed since he’s been on board, and he’s been a key figure throughout a lot of that change. In our previous anniversary blogs, I think I’ve painted a pretty good picture of what Vovia looked like 5-6 years ago, but it’s worth revisiting briefly here. When Carsen joined in 2014, Vovia was known for being a Digital Marketing and SEO agency primarily. There were 9 Vovians when he started; now there’s over 30 of us. Between 2014 and today, Carsen also helped Vovia and the team with two major office moves.

These major milestones have been a few of his highlights over the last 6.5 years, but also witnessing the change and pace of that change for the channels we work with. In the early days of Vovia running Facebook campaigns, it was used primarily for awareness. But now, as Carsen explained, he’s witnessed it drive major results for e-commerce campaigns. He also works on a lot of SEO projects and commented on how the tactics used for SEO 6 years ago likely wouldn’t be effective today. He gives credit to the Vovia leadership team for staying on top of trends and changing best practices as they’ve emerged to ensure we stay up to date.

Carsen is passionate about performance and it shows: when I asked him what he thinks one of the most interesting developments is that he’s witnessed in our industry since he joined Vovia, he says artificial intelligence and is quick to provide an example from a recent campaign. AI, he says, has changed the way we market and assists with bidding and campaign optimization. The results with AI support can be huge: he’s seen these tools take campaigns from a ROAS (return on ad spend) of 2 to 10 (a five-fold increase!). He thinks AI is going to continue to change the industry. And this also happens to relate closely to an area he’s really excited about for the future: predictive analytics, or using data analytics to get smarter with strategy and planning. Here I have to use a direct quote: “The more we use data to predict the future, the better our strategies can be aligned with business growth”.

I ask him next what he enjoys the most about working at Vovia and he provides a good list: the working environment, work/life balance, Vovia’s interest in personal development, and how it cares about its people (to name a few). One really stuck out to me: the flexibility Vovia offers which allows him to pursue his (other) passions outside of work. If you’ve ever had the pleasure of getting to know Carsen, you’ll know he’s a passionate guy. He keeps busy outside of work DJing and, as he puts it, “making beats” with his side project, FunkinRight.

In our new and current world of social distancing, Carsen has been keeping busy still. He’s been meditating daily, working out and taking his dog Loki for long walks. He’s also been able to dedicate time to “making beats” which definitely helps pass the time and keeps his spirits up – he’s managed to finish 3 new songs already and we’re only 6 weeks in! But perhaps the most exciting thing occupying Carsen these days is the preparation and anticipation of his first child who is due in October. He’s been busy getting the house and himself ready. And while there’s no hard data that Carsen can use to predict the future outside of work these days, I think I can say with confidence that he sure does have a lot to look forward to.