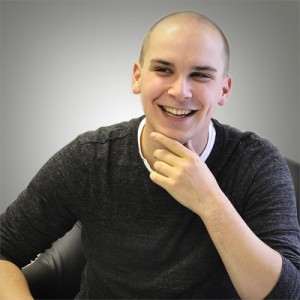 Google is Not a Light Switch

Things are moving faster than ever with the algorithm now; over 500 changes per year and counting. Still, for all its complexity, it can be easy to  see Google in a one-dimensional light:

“Do X, get good rankings. Do Y, lose your rankings.” – sort of like a light switch. You might not even realize you’re doing it.

On, Off – And Somewhere in Between

A perfect example comes from when the last few Penguin updates hit – algorithm changes that targeted spammy linking techniques. Research concluded that the update tended to hit sites that abused anchor text (the actual text of the links pointed at your website).

Suddenly, declarations that “anchor text was dead” and “avoid building anchor text links” started flying about, as if Google would most assuredly penalize anyone who had “too much” anchor text. Except, well… that’s just not true. Out in the wild, we see plenty of sites with a ton of anchor text links that continue to rank well.

In fact, we still see anchor text links giving boosts to sites. Does that mean it’s okay to abuse anchor text? Well, no. But it means that you’re not getting the whole story if someone tells you anchor text is “dead”.

Another Example – What About Authority?

In SEO, we constantly harp on the need for incoming links from trusted sources and increasing website authority. Yet, at times we’ll see sites with few links outranking others that have stronger back link profiles. Other times, we see strong back link profiles beating out much more targeted websites with better information. And in other cases we might see a relatively weak competitor dominating Google Places listings.

So what gives? Is it just Google yanking our chain? Are we wrong about the things we think matter for SEO?

Factors in Conjunction: It All Comes Together

What people quickly forget is that Google evaluates all of the different ranking factors in conjunction when determining how to display their results.

Some sites might have stronger link profiles, but less targeted content. Other sites might have amazing content, but terrible architectural problems that prevent crawling. And while some sites might appear to have more links, Google sees unnatural linking patterns behind the scenes and adjusts accordingly.

While some factors certainly seem to matter more than others, a siloed view can often make you miss the forest for the trees. It’s not a one-factor system. Google needs to evaluate all of the different ranking factors as they interact with each other before deciding where a site should rank.

And thank goodness for that –

If any one factor was given too much power in isolation, things could get really messy out there.

For example – if unnatural anchor text ratios were all it took to bowl your site out of the index, your competitors could easily hire a rogue link builder to point thousands of bad links at you websites in just a few hours.

We don’t see that happening, because Google is sophisticated enough to understand the nuances of patterns; they’re looking at the whole picture.

You can never win with a “one-factor” strategy.

Over a year ago, I wrote a post called “Don’t Buy an SEO Package” – and this is part of the reason why.

To compete effectively, you need to think like Google does – to be able to parse out where your site is winning and losing instead of putting your blinders on and running toward a particular tactic or ranking element because it’s in vogue or you think it might be the competitor’s advantage.

Part of an informed SEO strategy is knowing how to satisfy Google’s “big picture” thinking. To win against your competition, your site needs to be the better result. Next time you’re frustrated that a competitor’s outranking you, instead of focusing on all the reasons they “shouldn’t be there”, start asking the question – what are they doing right?