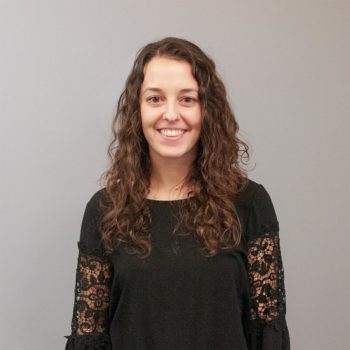 Dallas is a Media Planner/Buyer at Vovia and is responsible for executing offline media campaigns for clients. When she's not busy negotiating with media reps and double checking contracts, you might find her out for a bike ride, playing in the mountains or up in the air doing aerial silks.

Other posts by: Dallas Tkachuk

Getting Started with Digital Advertising in Gaming in Canada

Who do you picture when you hear the word “gamer”? I’m guessing you probably thought of someone resembling the stereotypical teenage boy playing video games in his mom’s basement. But in reality, 61% of Canadians are actually “gamers”. The Entertainment Software Association of Canada defines a “gamer” as anyone who has played a video game in the past 4 weeks. This includes games played on mobile apps, tablets, computers, consoles, VR and handheld devices. As someone who regularly plays cards online with my aunt, I guess that makes me a gamer too! Any Wordle fans? That makes you a gamer too.

Who is Gaming in Canada?

So we’ve established that gamers are not just teenage boys, but who are gamers then? Here are some interesting stats from the Real Canadian Gamers Essential Facts 2020

Why Should You Advertise to Gamers

Gaming can no longer be ignored. Not only are a wider variety of people now playing video games, but the video game industry also saw a big boost during the pandemic with people now spending more time playing games than ever before. 58% of adults report spending more time playing video games during the pandemic. With an average of 10 hours per week spent on mobile gaming, gaming is now comparable to time spent on social media.

Much like other digital platforms, advertising to gamers is very targetable. I’ll go more in-depth about some of the opportunities later, but campaigns can be targeted based on the usual age/geo/demo information, and we can also layer in targeting for device types and types of games to reach a much more intentional audience. For example, if the target audience is Females 35-54, the top three most played titles for this audience are Solitaire, Candy Crush and Sudoku/Scrabble. In this case, we can target these games specifically as well as layer on targeting for puzzle and word games.

Perhaps the most important reason to advertise to gamers is the opportunity to reach Gen Z. We know Gen Z has different media habits compared to other generations and can often be an elusive yet important audience to reach. As previously noted, 89% of Canadian kids and teens play video games which presents a significant opportunity. Similar to adults, 80% of teens increased the amount of time they spend playing video games during the pandemic. Male gamers between 13 and 17 are now spending an average of 21 hours per week playing video games! Adrian Montgomery, the CEO of Enthusiast Gaming said “Video games are the new social network”. Facebook may work for older demos, but this is the way young people are connecting. In 2017, teens spent 4 times more time on Roblox than on Facebook according to a study by ComScore, and we can only expect this trend has continued since.

Gone are the days when in-game advertising was limited to random ads popping up to disrupt your in-app game. Advertising in-game can now be an unintrusive experience for users and sometimes even add to the gameplay.

One example that we recently ran for a client was a rewarded video campaign. Players were incentivized to watch a :15s video ad to earn an in-game reward such as extra lives or extra plays. The user actually had to opt in to watch the video making it a positive brand experience.

The Results: We saw very strong performance with the campaign finishing with a 98% video completion rate and a 0.8% click-through rate which was much higher than the benchmark of 0.5%. Not only were people watching the whole video, but they were also engaging with it.

There are also a variety of creative formats available to customize your ad and make it feel like it’s actually part of the game. Check out these examples provided by APEX Gaming Network.

Gamify the ad experience – transform your brand ad into a game itself like this example that Dunkin Donuts ran:

Advertise in the metaverse – ads can exist as ‘OOH ads’ in 3D worlds like this example for Spirit Untamed running in Roblox:

Esports have seen massive growth with hundreds of millions of esports fans watching or playing esports worldwide each year. As Genevieve wrote about in her last blog, influencer marketing can be a powerful strategy to reach your target audience. Gaming content creators can have a massive and loyal following making them very influential to partner with. There are now opportunities to partner with these content creators for live stream endorsements, custom content creation and premium video placements just to name a few.

Interested in learning about other opportunities to reach gamers? Let’s chat!