The Next Big Challenge – Marketing to Gen Z

Gen Z is quickly becoming an economic force, so if you haven’t already, it’s high time to make sure you have a marketing strategy which addresses them. You’re probably thinking, “But I’m just starting to get used to Millennials and now you’re telling me I have to adapt to a whole new audience?” Yes, you do! Gen Z is just starting to enter the workforce and are going to be in charge of more frequent and larger spending decisions, not to mention they’re already influencing many family purchase decisions.

The age range definition for Gen can differ slightly based on the source, but is most commonly defined as those born between approximately 1997 and 2012 (PEW’s definition). This roughly covers anyone currently aged 7 to 22. To put that into perspective (or maybe just to make you feel a bit older), most of Gen Z have never used a flip phone, floppy disk, Walkman, nor a paper map. Due to a number of technological and social changes, they are a unique generation unto themselves, similar in some ways to Gen Y but also different in many ways. 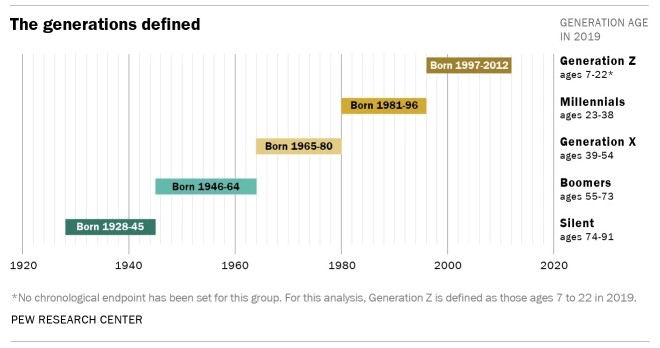 Not only is Gen Z coming of age, they’re also a very large group, projected to soon surpass the Baby Boomers as the largest generation. Worldwide, this already happened in early 2019, but due to lower birth rates Canada is lagging behind this trend slightly.

They’re often described as global, social, and technological. They’re a generation that grew up with the internet and they’ve been exposed to technology throughout their upbringing. They’re not just digital natives, but also mobile-first. They wield influence beyond their years as they’re typically early adopters, brand influencers, social media drivers, and pop-culture leaders. But as a result, they are quick to cut through the clutter and are often said to have only an 8second attention span (compared to 12 seconds for Millennials).

They’re also a generation born into the crisis period of terrorism, the global recession and climate change, each of which has had a strong influence on their views and values. Interestingly, even though the threat of terrorism is a strong influence on Gen Z, they do not typically have personal memories of 9/11 happening as they were too young at the time or not yet born. Regardless, all three crises have influence Gen Z, resulting in higher degrees of feelings of insecurity and anxiety. They are also more conservative than Millennials were at the same age, displaying less risk-taking activities (e.g. lower rates of drinking alcohol, taking drugs, and teen pregnancy rates). Conversely, Gen Z have a higher on-time high school graduation rate than Millennials did and attend church at a much higher rate.

I recently attended a presentation by Vice at the Pause Fest conference where they presented the results of their Youth Survey. Vice is a media company who has a very large Gen Z following, so they’re an excellent source for this information. The main themes of their findings were:

The end result is that Gen Z have sometimes been described as “well-behaved, educated, stressed and depressed”.

How to Market to Gen Z

Gen Z is skeptical of brands and are quick to make decisions about what to give attention to and when to move on, so brands must work harder to cut through the clutter and earn the right to their attention by bringing some value to their life.

Again, here are a few points of advice from the Vice Youth Survey presentation:

Where to Reach Gen Z

As with any market, you need to go to where they are. So where does Gen Z spend their time?

The shift to digital is continuing with Gen Z as they’re spending more of their time on devices and less time watching standard TV. That’s not to say they’re not watching video (they are!), but a much larger proportion of the video they’re consuming is streamed. Radio is still a good channel for reaching them as radio consumption has largely held consistent and hasn’t decreased much. 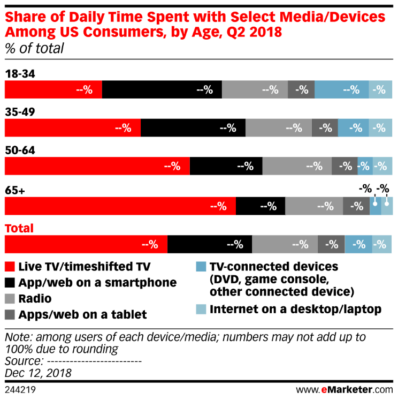 In fact, Gen Z watches more video than Gen Y, they just consume more of it on their smartphones. 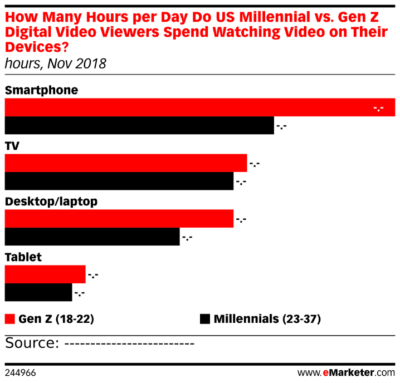 Gen Z are heavy social media users, but what platforms are they using? Not surprisingly, there are some significant generational differences. They’re still heavy YouTube users and are on Facebook (though they spend a lot less of their time there), but where they really differ from previous generations is their uptake of new platforms like Snapchat, Tumblr, and Twitch.

What does it all mean?

Gen Z is clearly a whole new challenge. There are many points of distinction from past generations (even GenY/Millennials), so marketers need to keep these differences in mind. What I’ve included here are just a few high-level observations. If you’re marketing to Gen Z, get in touch and we can put together a more detailed plan and tap into lots of other research sources.

One response to “The Next Big Challenge – Marketing to Gen Z”

Leave a Reply to Jake B Cancel reply