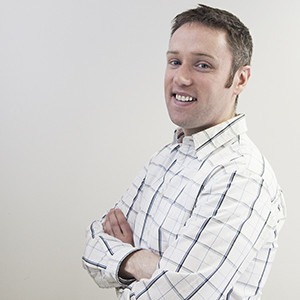 Michael is a seasoned online marketing professional with experience in PPC, SEO, display advertising, remarketing, paid social media and affiliate marketing. He is a self-professed data nerd and Excel junkie. He enjoys traveling to new places and beating his friends and family at board games.

Other posts by: Michael Gaudet

According to a 2013 eMarketer report, 55% of marketing professionals planned to spend more on social media than they did in the previous year.  The reason for this is simple: social media is one of the best marketing channels for two-way communication between companies and customers.  With this increase in social media dollars, marketers more than ever are asking “what am I really getting from my social media ad dollars?”

One of the main drivers of this increase in this marketing spend are Facebook ads.  In Q4 of 2013, Facebook’s revenue (almost all of which is derived from advertising) rose by a billion dollars compared to the same quarter last year, from 1.3 to 2.3 billion dollars.  A key reason for the growth of Facebook is an ad unit that allows advertisers to purchase on a ‘Cost-Per-Like’ (or CPL) model.  At first glance, it would seem obtaining a ‘Like’ for 50 cents or a buck would be a bargain.  After all, a Like to your company’s Facebook page essentially allows you to engage with that person on an ongoing basis.


A new YouTube video by Derek Muller of Veritasium, which is a “science video blog”, leaves the value of a Like very much open to question.  In this video – which has spread like wildfire in the online marketing world – Muller performed a variety of anecdotal tests to understand more about who was Liking pages he was creating and, more specifically, where were these individuals located and how they behaved.

In one test, he advertised for Likes legitimately through Facebook and saw that he quickly accumulated enough to spend his small budget.  When he looked at where these Likes were coming from, he saw that a very large percentage were coming from developing countries, such as Pakistan.  More importantly, “Likers” from these countries were almost never ‘engaging’ with his Facecbook page.

In another experiment, Muller created a page which was meant to be useless and devoid of content.  He also did not advertise at all for Likes.  The interesting thing is, the Likes came regardless from the same developing countries – with the same level of non-engagement.

Muller hypothesizes that the reason for these phantom Likers is that they work for companies that pay them for Likes on their Facebook pages.  Why would these individuals Like other pages from companies that are not giving them cash?  Simply to cover their tracks: Facebook tries to weed out individuals if they appear to be Liking for cash – Liking pages without Facebook ads helps them do so.

What can savvy online marketers learn from this example?  The lesson here is simple: marketers need to look beyond the Like.  What does this mean in practice?  The KPI (Key Performance Indicators) for social media need to be further down the path to purchase than a Like – which, as demonstrated above, cannot be depended on to indicate success.  Marketers would be better served to look at the number of real engagements (such as comments and shares) and cost-per-engagement.

Some experts suggest going a step further to measure social media activity on a revenue/ROI (Return-On-Investment model), but this is short-sighted given that social media is more about community engagement than immediate returns.  Social media is not a direct response marketing channel, such as SEM (Search Engine Marketing), and should not be treated as such.  Effective social media marketing measurement looks beyond the click and the Like, but is not myopic in the pursuit of revenue.

What metrics do you believe are most important to measuring social media success? Feel free to comment below!