Denise is a small town girl with big city ambition. When she's not roping in the strategy on her client's digital campaigns, you can find her in rural Alberta taking in some rodeo.

Other posts by: Denise Williams

Digital Ad Blocking in 2016 & How to Overcome It

Is this the end of digital advertising as we know it?!

Not to worry. Ad blocking has been gaining more and more attention recently and as it gains favour with consumers, it is quickly becoming a top-of mind concern for digital marketers. You might be surprised to learn that ad blocking isn’t actually all that new… 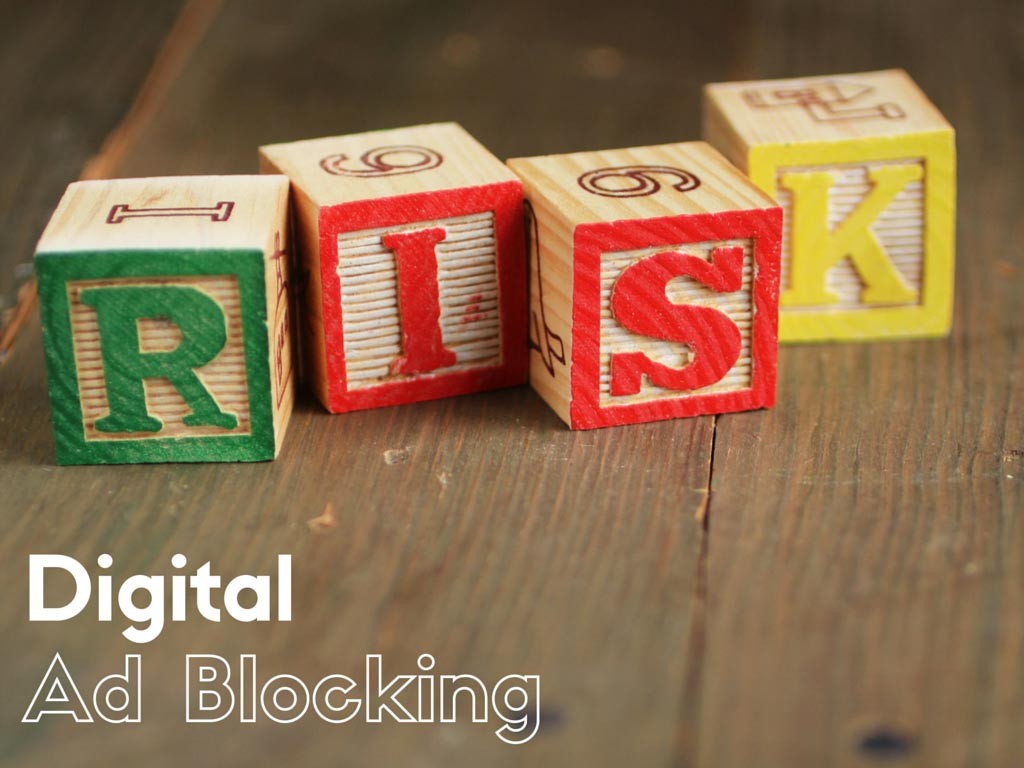 In 2010 there were already 12 million active users of ad blocking software, and by 2015 that number had grown to 181 million. With that many active blockers in the space, the ad revenue being blocked has reached $21.8 billion and that number is expected to increase to $41.4 billion in 2016. The Pagefair & Adobe 2015 Ad Blocking report states that the use of ad blocking software grew by 41% globally, and 16% of the US online population was actively blocking ads in Q2, 2015. 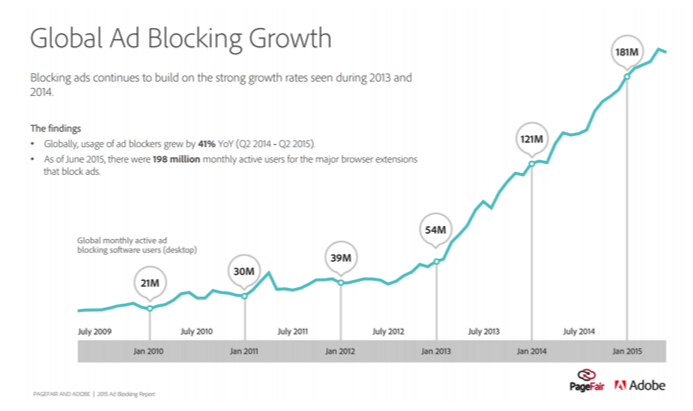 If you are not clear on what ad blocking is, it is the automatic removal of most forms of advertising from web pages, including banner ads, text ads, sponsored links, sponsored stories, and video pre-roll ads. The specific content that’s disallowed varies from app to app. Some of them are meant to eliminate all advertising on a webpage, while others specifically block things that might compromise a user’s privacy. Most block data tracking too, which means that advertisers are no longer able to gain information about a visitors’ activities on the page (like how long a person spends looking at the page or which other pages they look at on the website).

Ad blocking is executed through web browser extensions. Once installed, the ad blocking application reviews the website while it’s loading and looks at the site’s scripts, comparing them against a list of sites and scripts it was built to block. If it finds any, it blocks them.

It should be pointed out that ad blockers would not exist were it not for user demand. Using ad blocking software creates a better Internet experience in some people’s eyes. But how has it come to this?

They Have Their Reasons…

There are a few pain points believed to be the driving force behind Ad Blocking:

Ultimately, consumers are installing ad blockers to gain control over their online experience, which has been negatively affected by the saturation of advertising that they are subjected to. IAB research shows ad blocking use is caused by a general disdain for advertising and concern about the safety of user information. In the IAB nationally representative survey, 89% of respondents who have installed ad-blocking technology reported using ad blockers to improve their experience. The ads deemed most intrusive are video ads that play automatically, screen takeovers, blinking ads and any ad types that directly disrupt the consumption of content.

What Does This Mean For Marketers?

Advertisers are just going to have to do better. Execute higher quality advertising that is less annoying. It’s a balance of breaking through the noise to get your message across, while still respecting the user. “Native Advertising” can help you get this done.

Native ads are clearly marked as paid-for/promoted/sponsored, but fit with the natural form and function of the site or app that they are placed on. But even native advertising, which by definition is less intrusive more relevant to the user, isn’t always immune. Blockers do not discriminate, they hate all ads!

Ad blocking isn’t really all doom and gloom for online advertising. Consumers don’t actually want to block ads; they just want to be able to consume the content that they want to consume (without interruption). So digital advertising needs to improve. Publishers and digital advertisers have to start ensuring that they are producing high-quality creative that is seamless, relevant, and tailored to the right audience. Luckily, ad serving is moving toward targeting platforms, which allow for more targeting granularity than ever before. It’s becoming much easier to reach a very specific target audience and therefore serve them highly relevant messaging. The key here, as always, is relevancy.

Thee are a few forces on the other side of the field pushing back on this:

More like a speed bump. Advertisers aren’t going to be affected as badly as all the hype makes it sound. There is still a massive amount of website traffic available, along with lots of other great channels where you can still reach your consumers. As more content is heading toward closed platforms and apps, advertising will only become more integrated and harder to remove.

What will happen? There will be eventually less ad space sold, and thus less available inventory for advertisers to purchase. This will ultimately increase advertising costs; however, the ads that remain will be more streamlined and less intrusive. Advertisers need to focus on quality content, rather than disruptive, IN-YOUR-FACE creative. We need to make privacy a top priority and ensure that consumers feel comfortable with what data is being collected, and more importantly, how it’s being used. If marketers want AdBlocking to stop, then we need to stop giving people a reason to block us!

Feeling better? Still worried about Ad Blocking? Let’s talk about it in the comments below!