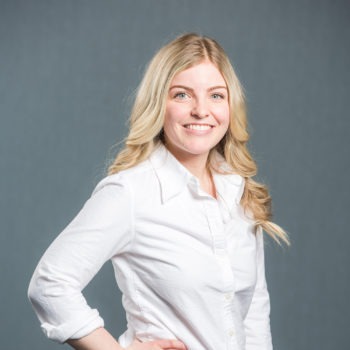 Over the years, we’ve introduced the team here at Vovia through our Get To Know series and as we enter a new decade, we thought we would spend some time looking in the rearview mirror catching up with some of our team members celebrating milestone anniversaries.

For our first one, I’ll set the scene. The year is 2014. Facebook had been around for a decade already, and the world wide web had just turned 25. Obama was still president, Disney’s Frozen was released, and everyone cheered on Canada at the Sochi Winter Olympics. 2014 was also the year Dan Dryfhout, now Senior Digital Specialist, joined Vovia. I sat down with him recently to chat about his last 5 years here. Unsurprisingly, many things have changed, yet a few have stayed the same.

When Dan joined Vovia, our offices were in a small unit on the ground floor of a building off 10th Avenue in Sunalta. The team was smaller then, and we were a digital marketing agency only, focused mostly on paid search advertising. Yet even back then, fit was key. “I was interviewed by every single person that worked here at the time when I applied, including specialists and senior leadership”, he says with a laugh. Not surprisingly, Dan won them over easily with his easy-going personality and great experience, which included an education at London Ontario’s Fanshawe College, one of the few places in Canada that at the time offered digital marketing programs.

A fan of the mountains and the outdoors, Dan’s goal had been to move out West anyway, so finding a fit at Vovia was an important piece of the puzzle. He recalls seeing the Lego cars adorn people’s desks when we showed up for his interview (Dan loves Lego, so this spoke to him). And true to his millennial nature, Dan looked Vovia up on social media when he interviewed and found employee features, which helped him get an idea of the team and the culture. This #StaffPicks feature was a great way to introduce the outside world to Vovia, and it definitely helped sell Dan on the job. He was able to dig a couple of these tweets up for me, and they still resonate – check one out here.

What really struck Dan when he interviewed and got to learn about Vovia, aside from the strong culture and office dogs, was the focus on performance. It’s definitely the backbone of our organization that has carried our team to success.

I asked Dan for a highlight over his 5 years so far and he took a quick beat before giving me his answer. One of Dan’s areas of focus has been social channels, and for him, seeing the growth of paid social channels as a service area for Vovia has been one of his major highlights. Listening to him recount what Facebook advertising looked like in 2014 really took me back – and reminded me just how fast things change. 5 years isn’t that long ago, but when Dan joined Vovia, the team was primarily running Facebook ads in the right-hand column, because these didn’t require a business page to be attached to the ad account, and many clients back then were new to the business page scene on Facebook. Dan was a part of helping Vovia change this, and slowly but surely Facebook started to grow as a managed digital channel with the Vovia team. Back then, we started our first Newsfeed carousel ad on Facebook for a client, with a few dollars-a-day spend. Now, in 2020, we manage over 750,000% more than that annually. How’s that for a change!

Given the length of time Dan has been with Vovia, I was curious for his thoughts on what he found to be the most interesting development(s) he’s witnessed in our industry since joining the team in 2014. Again, he gave me a quick answer: how much data has become such an integral part of what we do. “Back then, we could drive clicks and CTR for Facebook campaigns, and those metrics alone were considered a success. But now it has to be linked to business results like sales or leads,” he says.

Our chat wasn’t just about looking back; I asked Dan for his thoughts on a trend or innovation that he’s really interested about for the upcoming year and beyond. Unsurprisingly perhaps, his answer hinges again on the importance of data: “connecting offline and online, like sales in brick and mortar stores to online efforts”. While this isn’t brand new, he elaborated, the tools we can use within ad platforms and through working with partners has gotten to the point where businesses of all sizes can start to take advantage of these, and measure their marketing efforts holistically.

Outside of the work-related talk, I was curious how Dan felt he’s changed since he joined Vovia. The last 5 years of Vovia have been years of serious growth and change, and as we’ve matured and grown as an agency, so has Dan. When he joined Vovia, he was brand new to Calgary and adjusting to life in a smaller city (after coming here from Toronto), and he quickly learned the value of networking. This took him by surprise, but he says he still runs into people on the streets of Calgary that he met in his first year here. So don’t be surprised if you met Dan back in 2014 and find him yelling hello at you on 17th Ave today – it’s the Calgarian in him.

If you liked this spin on our Get To Know series, you’re in luck! More anniversary features are on their way, so keep a lookout for more posts. And if you want to revisit Dan’s original GTK post, check that out here.