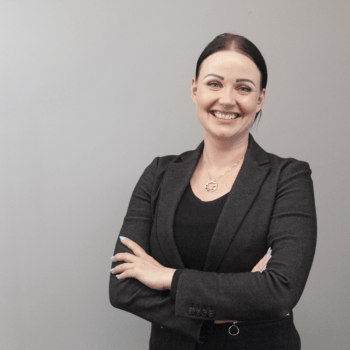 As a part of the Marketing Intelligence team, Sylwia's role as Analytics Specialist allows her to combine a passion for problem solving and continual learning with data analysis and interpretation. Always eager to expand her perceptions, you can often find this bibliophile's nose buried in a book, occasionally coming up for air to play a game of chess or to head out into the wilderness for some back-country camping.

Other posts by: Sylwia Wenslaw

As marketers, we are always looking for ways to reach the right people at the right time and in the right place. It seems there are constantly new platforms, apps, services, and products to try out. Which ones have the potential to gain mass popularity, and which ones don’t? From a marketer’s perspective, the question also becomes: what innovations are worth investing our marketing dollars towards, and which ones are flops?

Behold! The Innovation Adoption Model, aka Roger’s Adoption aka the Innovation Curve. It’s widely referenced in social science and in marketing. If you have ever taken a college-level marketing course or read a Malcolm Gladwell novel, then the following diagram may look suspiciously familiar.

The model, originally developed by Everett Rogers, groups the public into different categories based on their readiness to accept new ideas. These 5 are:

Most products will go through this curve over its lifetime, although the time it takes can vary dramatically depending on what the product or idea is. It is often applied to technological innovations; outlining how over time, a product gains momentum and diffuses (spreads) through a specific population or social system. However, we can also apply it to gauge opportunities for marketers. Let us show you how.

If we look at different channels with Roger’s 5 Adopter Categories we have the potential to strategically find the right audiences and serve them the right message and understand how the audience on the channel will change over time.

We’ll take you through unique characteristics and motivations for each segment so that you’re able to make a decision on when a channel should be leveraged for your marketing plans.

The Start of Something New: Innovators & Early Adopters

Simply put, these first two groups are full of creators and keeners. You probably have a co-worker who always upgrades to the latest iPhone or a family member who always has ideas for the next greatest thing. Here are some key characteristics of these groups:

The Early Adopters AKA Visionaries

Both these groups are smart, tech-savvy, and are the types to have major FOMO (fear of missing out). This group is also very helpful to others –  they learn about new technologies for the sake of learning and want to share that knowledge with others. I’m sure that same co-worker is always telling you about the great new features on the iPhone. They are the group that will become experts in an area and teach others. Innovators are the type to create the how-to manuals, write publicly available code, and answer your post in the Google Support Community.

Once all the Innovators are on board with the idea/product, Early Adopters start to catch on and are characterized by their need to build upon the foundations that Innovators generate. They will generate the social proof necessary to attract the rest of the adopters to the platform; they will write the reviews, share testimonials and provide the stars.

Innovators and Early Adopters don’t fall within a specific age demographic and targeting them directly should not be the digital marketer’s intention. Instead, these would be the groups you want to watch for to scope out potential new channels. Innovators and Early Adopters should be leveraged to help identify what opportunities are coming down the pipeline that can offer access to the remaining 84% of adopters.

A good example of how a platform went through these phases and became a new channel to leverage was the rise of Quora. Founded in June of 2009 by two former Facebook employees (already a promising sign of Innovators to pay attention to); an invite-only beta testing was launched in December of 2009, where the Early Adopters (made up of family and friends, and friends of friends) grew from 100 to 10,000 by the time they publicly launched in June 2010. With 200,000 monthly visitors in September of 2011, Quora now has over 300 million users. So while Quora did not offer in platform advertising until April 2016, savvy marketer’s would have had a pretty good indication based on the data and information leading up to the release of ad formats that this platform had the potential to reach a large user base, and that implementing marketing strategies within Quora would pay off.

The Golden Question: Will It Make It?

Between the Early Adopter and Early Majority stage, there is this threshold called The Chasm. Malcolm Gladwell defined the right side of this chasm as The Tipping Point: the point where the mainstream market starts to adopt the idea. If an innovation cannot overcome this gap, then it will never gain the momentum it needs to truly reach the mass market.Think of Google+ and it’s sad decline into its death before it hit Early Majority. Chris Maloney identifies how marketers can cross this chasm with Maloney’s 16% Rule, which states that once you have reached 16% adoption of any innovation, you must change your messaging and media strategy from one based on scarcity to one based on social proof, in order to accelerate through the chasm to the tipping point.

Over the Tipping Point and Onto The Early Majority AKA Pragmatists

At this stage of the product’s adoption, the product starts to catch momentum, and more people want this new product. Maybe your coworker convinced you that the new iPhone is awesome, and you are now considering getting one now that your carrier is offering it. Here are some telltale characteristics of this audience:

Adoption by the Early Majority is where the momentum really picks up for an innovation. The strongest indicator that an innovation has moved into Early Majority is a rapid growth rate over a very short period of time. This would be the time where it hits the “tipping point”, as Malcolm Gladwell puts it. Will it hit that critical mass point to gain mass adoption? Or will it fall flat? Keeping a close eye on the opportunities of these channels will ensure you’re the first to take advantage of this growing audience. Again, we can return to Quora for an example of this. Techcrunch reported just over 500 000 unique visitors in July of 2011, with over 1.5 million in May 2012. With the Early Majority leveraging 34% to 50% of a specific population (in this case, internet users), marketer’s can feel quite confident in seeing continued user growth on this platform.

The Great Ages: Late Majority AKA Conservatives (no, not the political kind)

A good example is the uptake of social media by older age groups. Five years ago, at the age of 63, my father joined Facebook and last year I set up my mother’s Instagram account for her. If I was younger I may have been mortified to be ‘friends’ with my parents (assuming I was even on Facebook or Instagram), however, now I am not surprised that they are adopting these platforms. As eMarketer reported, in 2018, age groups 55 to 64 and 65 plus were signing up to the social media platforms at growth rates of 4.9% and 6.0% respectively. Understanding how the users shift from Early Majority to Late Majority can allow marketers to spot trends and digital marketing opportunities before we read about them in an article or blog. Let’s take, for example, Snapchat, the growth rate below looks suspiciously like the start of a normal distribution. Q1 2015 to Q1 2016 saw a rapid increase in growth (Early Adopters transitioning into Early Majority), whereas Q1 2017 to Q1 2018 saw more of a modest increase. This could indicate that Snapchat’s Innovation Curve could already be moving into Late Majority. What does this mean for marketers? It could be time to start testing marketing strategies geared towards older or more conservative demographics with messaging appealing to the Late Majority audience.

As the name implies, this group is the last to adopt the product/idea, likely reluctantly or by requirement. Here are the key characteristics of this group:

Laggards are still the second-largest adoption group in the Innovation Model, and when a platform or innovation reaches this stage it will either have to add incentives to renew interest from the Majority, completely pivot to attract Innovators and Early Adopters, or simply accept that the innovation has come to the end of its life cycle.

It is important to note that the timeline on the Innovation Curve is arbitrary. As well, don’t expect that every person will adopt a new product – the “population” considered for a particular product is based on all of the intended end users that have access to the product. That’s why it’s also important to match the profile of the platform’s intended user in combination with the stage of the Innovation curve when considering new channels for your marketing plans. Ultimately, to take advantage of the insights that the Innovation Curve provides, marketers need to listen for the platforms and channels that are enticing innovators and influencers, they need to look at the behaviour trend of users on a given platform and pay attention to the rate of user sign-ups, and marketer’s need to be conscious of the messaging that the platform or innovation is presenting (is it one of scarcity or social proof). There will always be the possibility of failure by investing marketing dollars into a particular platform, but a willingness to risk and/or fail is what drives innovation to begin with.

At Vovia, we are always on the lookout for new channels to try out with our clients, taking an analytical and data-based approach to identify where each channel stands on this curve, and whether it’s worth it for your business. Have a channel you want to try? Give us a shout!