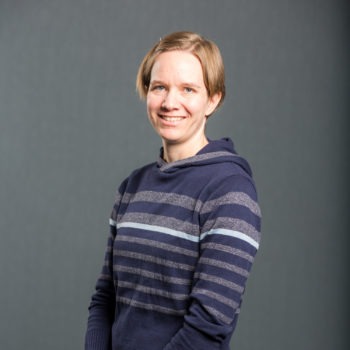 Brooke is the Director of the Marketing Intelligence Team with a passion for helping to make data make sense. When not buried in Google Analytics, she enjoys learning, laughing, and talking all things sports.

Other posts by: Brooke Boser

What This Means For You

This new version of GA is based on Firebase Analytics and was previously known as App + Web Analytics, which has been in beta for a while now. It promises to be more focused on user behaviour and less focused on pageviews, which in an app-first world makes sense since an app is focused on events and not pages.

At a high level, what this means for analysts, marketers, and developers who are used to looking at page-level metrics such as bounce rate, time on page, pages per session, etc, is that you will need to really shift your thinking to more event-based / user-based metrics such as clicks, downloads, video views, etc. It’s perhaps a shift that will be uncomfortable for many of us, not to mention the other changes that come with GA4.

Here are some key changes:

Why Migrate to GA4 Now Given All These Changes?

The changes to this Google Analytics version are dramatic and will take a lot of time to become familiar with. So, with all of that said, why on earth would we want to migrate to this new version? There are several reasons:

What To Do Next

Starting now, GA4 is the default GA property type, so anyone building a new website or just starting out might as well start with GA4. However, if you currently have a website and have had it for a while, transitioning to GA4 will and should be a slow process. Be prepared to work with a complete rebuild of what you are familiar working with in terms of analytics.

That said, implementing GA4 is quite simple (just follow the steps outlined here) and should be done sooner rather than later. However, do not turn off your Universal Analytics just yet! Many experts around the web suggest running Universal Analytics (GA3) and GA4 in tandem for the foreseeable future. This is because a lot of the features you are used to seeing are no longer there (see above), and because there are a lot of features for GA4 still in development, including more robust eCommerce reports.

GA4 can and probably should be implemented through Google Tag Manager if you have that tool available to you. There are built-in Tag types for GA4 to use. Other methods of implementation do include direct implementation via your existing platform (ie. Shopify or WordPress) or directly to your website code.

In conclusion, the future of analytics is here: user behaviour-based, privacy-first analytics that will challenge us all to look at metrics, reporting, segmenting, and decision making differently. The only constant in life is change (Heraclitus), and while there is absolutely no rush to shift everything over to GA4, it does seem in your best interest to at least start. Eventually GA4 will be all that is available and if you think it’s a shock now, just wait until you don’t have any other choice!